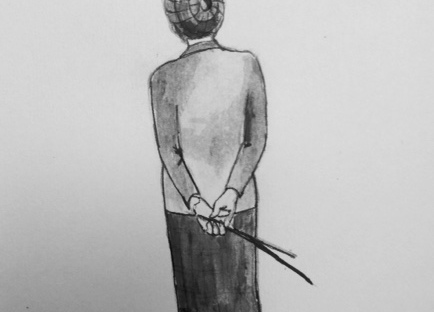 {Dear Readers: Allow me to introduce to you Mavis Marble, reporter extraordinaire. In her guest blog, Sanctum  Excrementum, Mavis continues the Animarrative tradition pioneered by Francine Lafollette in her Romantic-Recovery blog Francine’s Guest Post 1 (Or see Francine’s Guest Posts on main page.) For those unfamiliar with the term, Animarrative is a story-telling form that combines narrative with animation video, pictures and drawings, ideal for those readers affected by attention deficit disorder.               June O’Sullivan-Roque}

Greetings! Some weeks ago I agreed to present a series of events that are being recounted to me.  Please note that  I am only the recorder.

First, a bit about myself:  My name is Mavis Marble. For twenty years, I worked as a reporter and writer for newspapers and magazines in a large and bustling city. Three years ago I decided to give up life in the concrete jungle and move to a semi-rural area. My two-acre property, which includes a sizable garden, is nestled in the foothills of a mountain range, and I run a small craft shop in the town itself, a half mile away. I consider myself a free and fearless fifty year old,  with no family ties or other constraints.

Many years ago, I decided to adopt a vegetarian lifestyle, sometimes subsisting solely on raw foods, mostly because it helps me to keep my chakras open and allows my mind to explore, but also because it makes eating easier. 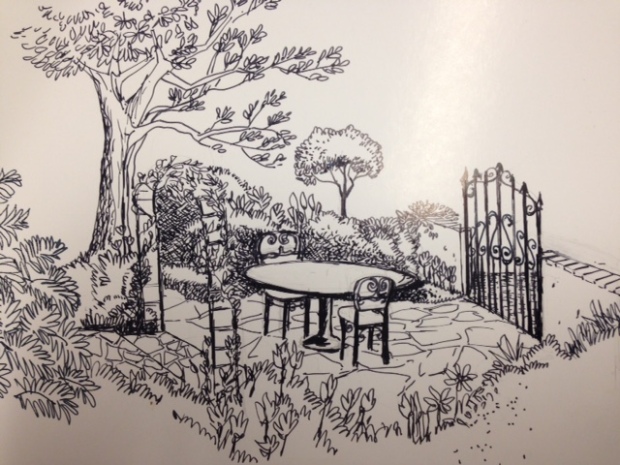 My habits, which some consider odd, are very suited to country life. The few friends I have no longer consider it strange to see me eat a rose or a petunia when they visit me in my garden. And they are always surprised at the tasty dishes I create from simple items growing there. Flowers, herbs, and plants in general, have always had special appeal to me; I enjoy their flavor and find them very palatable. In fact, I consider everything in my garden to be of culinary or medicinal value. Of course, my garden is untreated by pesticides, and I happen to know intuitively which plants are suitable for consumption.

On Mondays, when the craft shop is closed, I walk to the top of Daisy Hill, (Dizzy Hill to some locals) where I relax in my favorite spot under a beautiful oak tree. I take my journal with me, and sometimes lunch, but there is always plenty to eat there – purslane, red clover, wild raspberries, and mushrooms growing in abundance in the shade of an overhanging rock.  A spring bubbles from a crevice close by. That day, the sun was shining hot, but there was a nice breeze coming from the west. I remember thinking how perfectly harmonious the setting was –  birds chirping, water trickling, sunlight dancing on the branches swaying in the breeze. I settled back on the rolled grass pillow I had made, and watched a train meander through the town below. 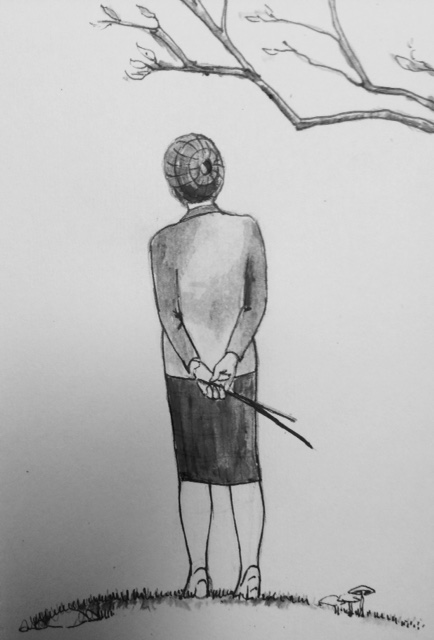 I must have been there for a while, scribbling, nibbling, meditating……Suddenly, a man (or a woman, I couldn’t really tell) appeared before me. He or she was trying to get my attention by shaking my shoulder as if I had fallen asleep, though I know I was quite awake.

When he thought I had come to full awareness, he introduced himself as Elisiba, leader of the Resistance in Merigonia. I later found out that he considered himself neither male or female; however, I get a decidedly male energy from him, and since we do not have a pronoun in English to represent both sexes, I am going to refer to him in the masculine. Merigonia, he explained to me, is a nation in a world very similar to ours in its composition, except quite invisible to us in our normal state. I understood that they spoke English, or at least that English was one of their languages.

The leader of their nation, in addition to a host of other atrocities, had imprisoned, banished or disenfranchised all the writers, reporters, literary professionals. In their attempt to restore order to their country, Elisiba and others had found the ability to cross into other worlds. Among their many tasks, one was to find a writer to record the events, which he insisted should be made known to as many people as possible. Somehow this was considered a service to humanity, and some kind of Karmic obligation – to alert other nations contemplating the kinds of choices they are making or have made and that are leading to their destruction. Elisiba did not clarify whether their annihilation has already occurred, whether it is imminent, or even whether it can be avoided. He is very dismissive of my questions about this.

According to Elisiba, I was chosen for my general integrity, and for my ability to stick to the facts and make them clear.

At some point during our conversation, Elisiba was joined by two others, clearly a man and a woman. They did not introduce themselves, but held my hand, which I took as a gesture of assurance that they were indeed flesh and blood.  Elisiba seemed to be about forty, and the other two were older. They all had short curly hair of different colors and a goldish-brown complexion. 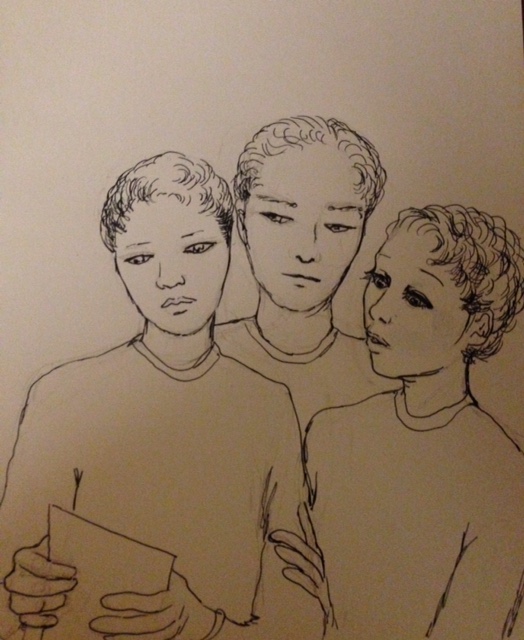 One of them gave me a fountain pen with which to sign an agreement, written on parchment, the main thrust of which was that I would tell the truth as it was presented to me; on this they were quite insistent. I do not remember if there was any finger-pricking or any blood involved, but I was impressed by the sincerity and the seriousness of everyone present.

So, I agreed to become an official chronicler of the Merigonian affair, which I have entitled (rather aptly, you’ll agree) Sanctum Excrementum.

To accomplish the task, I would be provided with video and audio recordings, meeting minutes, and diary entries, with Elisiba filling in whatever information he can. And though it seems like a technological impossibility, I have to convert their video into a format that can be displayed by our system. I assure you, no one was as surprised as I was when it worked. The informational material is kept in a cave nearby, which I have tried in vain to find on my own; this leads me to suspect that it does not really exist in our dimension.

When they left (disappeared, really), I realized that only a half an hour had passed since I was under the tree, though my time with them, talking, taking notes, visiting the cave, felt like hours. No, I did not get a copy of the agreement I signed; neither did I think it was necessary. It felt like a symbolic thing. I did have in my hand, though, a small metallic box containing a video and instructions on its conversion.

I am going to start from the very beginning, that is, when things began to take a turn for the worse in Merigonia.

It was the time of the 49th election, and the people were choosing their new leader.  The Merigonians have a curious tradition for choosing their leader. They begin by gathering all candidates who can secure the greatest wealth. Their followers are willing to give them great quantities of cash if they believe in their leadership. Many presented themselves, but they managed to narrow it down to two, a man and a woman. The day of the final decision arrived, and each candidate prepared to present their spoils to the people.

The video below has been converted from the Merigonian, and the sound is not perfect, but it is a fine representation of the springboard from which the subsequent events took place.

Sela is not your typical business theme. Vibrant, bold, and clean, with lots of space for large images, it’s a perfect canvas to tell your company’s story.
Sela is responsive, which means it adapts to any screen, providing your visitors with a great browsing experience on any device.